I can bet that almost every woman has been dickmatized, sometimes known as dicknotized, at least once in her life. Where is the lie ladies?

Being dickmatized, in a nutshell (haaa!), is when a female is put under a spell by dick game so strong it practically controls her life.

If you have never been dickmatized that probably does not sound so bad, right? WRONG! What makes being dickmatized absolute shit is the dickmatizer is just no good for you. All he does is confuse you with nonsense and his strong dick game.

Which is why Urban Dictionary defines being dickmatized as when the dick is so good you start to catch feelings for the guy, when really you’re just catching feelings for the dick. The nigga really ain’t shit but his dick game has you believing he is the best thing that ever happened to you.

Dickmatizers will call you at 3 a.m. and you will answer wide awake because subconsciously you were waiting on their call. They will lay the pipe so good over the weekend Monday mornings no longer suck balls (the only thing sucking balls is you, haaa!). They will have you glowing like you just won the SportPesa mega jackpot. They will have you skiving work to make a three course meal on a Tuesday afternoon. They will have you happily spending more money on them than you do on yourself. They will have you cleaning their house, doing their laundry and dishes yet you do not even do that shit for yourself because you have a cleaning lady. They will turn your enemies into friends because good dick can do miraculous shit that bad dick simply cannot.

Long story short, being dickmatized can fuck up your world.

I have been dickmatized only once in my life and it is my prayer I never get dickmatized again. Amen!

The year was 2014 and the guy was an asshole. I have no intentions of ever naming and shaming on the blog so let us call the asshole John Doe.

I fell for John almost immediately after meeting him mid-2013. That year was the party year and I would legit go clubbing three or four days a week. Youth!! The thought of partying like that now at my big age (31) is mindboggling. 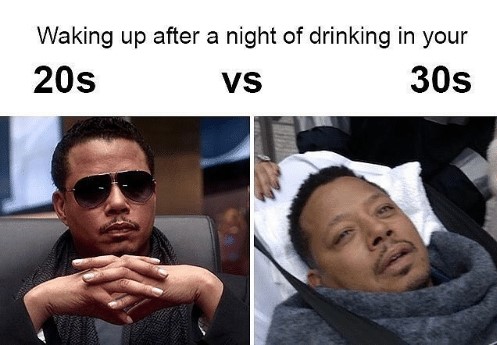 Seeing as I was at the club every other night, drunk texting was my shit. When I drunk text it usually goes one of two ways:

One morning after sending John a drunk text I woke up to a reply saying “get it through your head that we will never be more than friends.” Yo! I do not really remember the last bit of the text but it was along those lines. What I will never forget though is “get it through your head.” What the absolute fuck right? I am laughing as I type this but it took a long ass time before I found it funny. Reading his text that morning I was absolutely taken aback by his rude ass. Karibu I shed tears. Lol. I should have known right then that the nigga was the worst. Why my interest in him did not immediately abate I cannot say. Sadomasochism perhaps? But mpaka after that I saved his number on my phone as “Do not drunk text”. Lol.

A few months after John sent me that text we attended the same party and we both had a little too much to drink. One thing led to another and we went back to his place. I remember feeling so smug in the cab. So much for get it through your head. Ha!

We started hooking up pretty regularly after that and he remained an asshole throughout. “Get it through your head” is a strong indication of the kind of asshole he was. Like, after spending the night at his place he would not walk me to the stage the next morning, let alone even to the gate of his apartment block. I can say now, with all the shame in the world, I allowed him to treat me like shit because his dick game was really good. One minute I was venting to my girlfriends that enough is enough, I am through with this asshole. The next minute, well:

Ladies you know how fabulous the sex is when you have just waxed, right? So Mother’s Day 2014 I decided to spend the night with him as I was in the mood for just-waxed-sex. I wore a Louis Vuitton trenchcoat with nothing underneath, my fuckiest fuck me heels and asked my cabbie to pick me up stat!

As I would be passing the Oil Libya in Westlands John asked me to get him some food. Fair enough. But he specifically asked for a double chicken cheese burger with fries and Ceres Secrets of the Valley juice. At the time I had never bought Ceres for myself as I found it too expensive, but my dickmatized ass asked the cabbie to wait as I ordered exactly that. Till this day I have never bought myself Ceres. I wonder why. Lol.

I get to his place, we get to sexing, and after sex as we are cuddling he decides to drop this bombshell on me:

John: Enyewe I do not have sex like this with my girlfriend.

John: Yes I have a girlfriend, but she doesn’t have much sexual experience. She can’t do some of the things you do. So here we are.

So I am just lying there in silence trying to process the fact that this nigga I have been fucking for months has a girlfriend. Who apparently is bad in bed, which is why I am currently in his bed.

John: You know, I don’t know what it is about women that makes them catch feelings during cuddling. And I don’t want you to catch feelings for me so we should get dressed.

I cannot stop laughing as I type this but legit that day he pseudo broke my heart. I remember smoking (back when I used to smoke ciggies) with his roommate who was my very good friend and telling him about the bombshell that had just been dropped on me.

The last straw was later that month on his birthday. My dickmatized ass went over and beyond getting enough food and drinks for the nigga mpaka his roommate/my friend had to ask me to reign it in.

We had a pretty good afternoon of food, drinks and banter, and I definitely gave him some birthday sex, but then early into the evening who shows up? His girlfriend. Thinking about it now I do not know why I was so shocked, but I was. I tried to play it cool but I have zero poker face so my surprise was definitely all over my face.

Before I know it John is nowhere to be seen. His roommate/my friend calls him and kumbe the nigga left us in his house to go to the club with his girlfriend. After all the money I spent on him! After giving him birthday sex! The nerve!

I should have gone home but I inexplicably went to join him at the club. I think I expected him to realise he was currently with the wrong girl, but needless to say he did not give two fucks that I was around. I finally got the message and took my broken heart and pathetic ass home.

Lucky for me a few days later I was heading to Malindi. The beach always heals my spirit, true, but Malindi is special in the best possible way. I came back a new person completely over him.

Shortly after I was back in town he had the audacity to ask if we can hook up. In response I quoted Sex And The City, aka the greatest show of all time.

We are so over we need a new word for over – Carrie Bradshaw.

Around that time I was binge-watching Grey’s Anatomy and from the show I learned that there are some brain tumours that can completely change someone’s personality. When I came out of my dickmatization that was the only explanation I had as to why I allowed myself to fall for such a dick (pun). I would look at him and well:

Which is why I said in this post I am only having sex with deserving people this year of the heaux. No more being confused by nonsense and strong dick game. No more dickstractions!

10 thoughts on “D Is For Dickmatized”