“People’s conformity and lack of intellectual curiosity makes life less interesting than it ought to be.”

I first came across John Green in 2015 after I discovered Goodreads. I spent an inordinate amount of time on the site that year because the bibliophile I am could not get enough. I read my first John Green book on December 18, 2015 when I was at Sentrim Amboseli for an end of year company party. Whenever I had free time I lost myself in the pages of Looking for Alaska and I finished it in two days.

I gave the book 3/5 stars but as the days went by I found myself unable to stop thinking about the story. It moved me so much that when I bought my laptop the next month (my most expensive purchase at the time) I named it Alaska. Over three years later and I still get so many feels any time I think about Looking for Alaska.

Miles Halter, the narrator of the book, is fascinated by famous last words. From him I learnt the last words of the poet François Rabelais; “I go to seek a Great Perhaps.” Those words spurred Miles off to boarding school where he met the gorgeous, clever, funny, sexy, self-destructive, screwed up, and utterly fascinating Alaska Young. An event unto herself. (I lifted that description from the book’s synopsis. I read it for the first time when I bought the book and I remember thinking “Wow! I wish someone could describe me like that!” Three years later and I am still wishing someone could describe me like that, minus the self-destructive, screwed up bit, because therapy.)

I resonated with Miles’s desire as 2015 was the worst year with regards to my mum’s illness and I was desperately unhappy most of the time. So to me the Great Perhaps was a symbol of endless possibilities, including but not limited to good health and happiness. I resonated with “I go to seek a Great Perhaps” so deeply that my blog was first titled seekingtheegreatperhaps.wordpress.com (sadly seekingthegreatperhaps was taken).

As soon as I finished Looking for Alaska I started Paper Towns, which I finished in one day.

I was reading it in my room once I had settled in from Amboseli and was laughing so hard that my sister came to find out what I was watching. When she realised I was reading and not watching something she kept it moving because books do not interest her.

Goodreads’ number one reviewer Emily May posted a vlog of her top 10 funny books back in 2015 and Paper Towns was on the list.

Besides being funny AF, Paper Towns is a very memorable book for me as it has some pretty epic quotes:

What a treacherous thing to believe that a person is more than a person.

(Hands down my favourite quote from a John Green book and I referenced it in one of my early blog posts.)

It is so hard to leave—until you leave. And then it is the easiest goddamned thing in the world.

It is easy to forget how full the world is of people, full to bursting, and each of them imaginable and consistently misimagined.

I’m starting to realize that people lack good mirrors. It’s so hard for anyone to show us how we look, and so hard for us to show anyone how we feel.

As much as I would like to, I will not dwell on how each of John Green’s books made me feel, which ones I liked and which ones I thought were okay, otherwise 10,000 words later we shall still be here. But I cannot move on from his books without mentioning The Fault in Our Stars. TFiOS is (for now) John Green’s magnum opus.

As he read, I fell in love the way you fall asleep: slowly, and then all at once.

That quote from TFiOS is the most popular John Green quote on Goodreads (44,733 likes and counting) and a personal favourite of mine. I love it because it manages to be both succinct and all-encompassing in its use of text to portray emotion, something many writers, myself included, struggle with.

When the movie adaptation was released in 2014 there was a lot of hype around it so I errr … got* a copy for my mum to watch.

Mum: Gosh it was so nice! Kwanza there was this part …

Me: No spoilers! I haven’t watched it.

Mum: It’s not a spoiler. Let me just tell you about this one part.

Me: Are you sure it’s not a spoiler?

Mum: So when he was planning for his funeral …

Me: How on earth is that not a spoiler?

Mum: Aiii … I haven’t even told you the story.

Me: But now I know he dies!

God I miss that woman.

Anyway, she found it really dope that Gus invited Hazel and his best friend Isaac to his pre-funeral, where they delivered eulogies that they would read at his actual funeral. It sounds morbid AF but I found it really dope as well so I borrowed from it when working on the tribute I delivered at my mum’s funeral service on behalf of her children. I had planned to read it to her a la TFiOS … it was one of the difficult conversations we agreed to have after Christmas. But sadly she died 12 days before Christmas … the best laid plans of mice and men often go awry. I intended to reveal during the funeral service that I had planned to read my tribute to my mum when she was still alive, but that would involve giving the TFiOS explanation lest I came across as a morbid freak. But in the end the explanation was too verbose (my dry run came up to 10 minutes but each speaker was allocated 5 minutes) so I cut out the entire bit from the tribute. Meaning this is information I am sharing for the first time on the blog …

John Green’s books may be a big part of why I love him, but I also love him for just how fucking brilliant he is outside of his books. I read an FAQ on all his books in 2016 and I was floored by just how smart he is. I reread the FAQs the other day as part of my research for this post and yet again I was floored by just how smart he is. While I am an eloquent person myself, I would give anything to be half as eloquent as John Green probably is on his worst days. I mean just read this answer he gave in the FAQs for TFiOS:

But that doesn’t mean you’re entitled to any opinion you happen to have just because you happen to have it. It seems to me that the great pleasure of human life is not in having an opinion, but rather in learning all the ways you are wrong, and all the nuances you failed to account for, and all the truths that turned out to be not as simple as you once believed.

I could write all day every day for the rest of my life and still not craft such perfect sentences no matter how hard I tried. Because I am a sapiosexual I am dazzled by brilliance and every John Green article I read always reinforces how badly I want to have a conversation with him.

Apart from his books and his brilliance, another reason I love John Green is because he is a purveyor of being yourself. He made it okay, cool even, to be a nerd:

I once told someone that I would like to settle down with a nerd and she did not get it. Her idea of a nerd was the derogatory stereotype that has been perpetuated by movies and series for years. I mean just look at the dictionary definition of a nerd:

People’s conformity and lack of intellectual curiosity makes life less interesting than it ought to be.

That quote is hands down my favourite John Green quote of all time. He says it in the Paper Towns FAQ and the reason I chose to start off with it is because it was the genesis of this post back when the concept was “where are the thinkers?” I wanted to explore the notion of are we ourselves or are we social constructs, which in time morphed into “I Is For Individualism”. But one day it hit me that John Green is awesome AF for many reasons and I wanted to showcase that, hence an entire post about the man.

So, back to that quote. It explains, in a very diplomatic manner, why I find people largely underwhelming. That statement probably makes me come across as an asshole but I said what I said, don’t @ me. Lol. For real though, people usually try so hard to fit in and as a result there is an alarming lack of individualism. If I meet someone today chances are I have met five other people like them not too long ago. I can understand wanting to fit in and be accepted by your peers, that is a normal human want. But I am not okay with society dictating what is cool and what is not because too often the by-product of that is the concept of self-identity becomes a social construct.

A social construct is an idea or notion that appears to be natural and obvious to people who accept it but may or may not represent reality, so it remains largely an invention or artifice of a given society. Which is why I get sooo riled up by lack of intellectual curiosity. I believe if people made more of an effort to be curious about why things are the way they are and not accept the status quo “just because”, social constructs will not exist.

Intellectual curiosity is a term used to describe one’s desire to invest time and energy into learning more about a person, place, thing or concept. No one was born knowing everything about everything and while IQ may be predetermined, curiosity is not. We can learn to be curious, and curiosity is fuel for intelligence which is why it is a shared trait in all intelligent people.

I did one of those free IQ tests about 10 years ago and my score was 131, which is quite high. 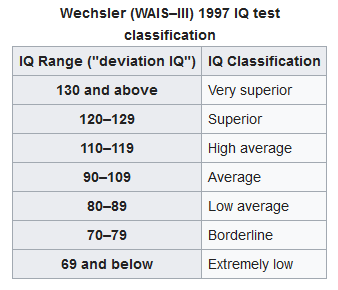 But I believe what makes me smart is not so much my IQ (though it obviously plays a part) but my intellectual curiosity. If I read/see/hear something I do not know about and it interests me I always turn to my best friend Google. Which is why I shamelessly reply “Google it” when asked what I feel are “lazy” questions. Not because I am trying to be rude but because in my own (unsolicited) way I am trying to encourage intellectual curiosity.

I urge anyone reading this not to conform “just because” and to be ceaselessly curious about what you do not know. John Green thinks, and I agree with him, that doing so will make life so much more interesting.

One thought on “J Is For John Green”