I have been watching the MTV Video Music Awards, aka the VMAs, for almost 20 years now as I grew up on MTV, back when the M stood for music 😐

My earliest memory of watching the VMAs was in 1999. I do not remember much about the ceremony, but I do remember this outfit Lil’ Kim wore: 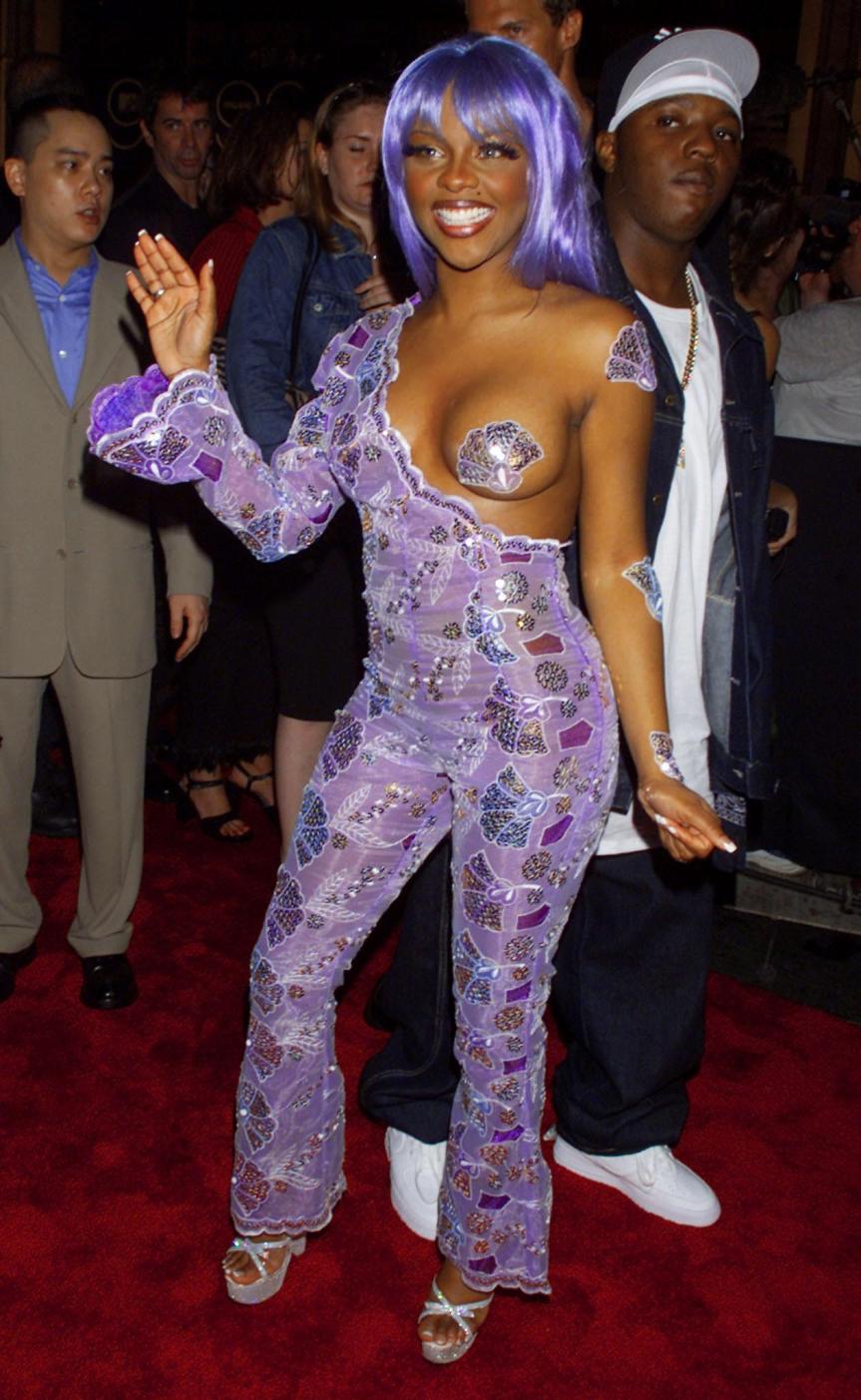 I also remember her being on stage to present an award with Diana Ross and Mary J. Blige and at some point Ms. Ross cupped Lil’ Kim’s exposed breast and jiggled it.

I am a pop music junkie, something I mentioned in P Is For Pop Culture, which is why I continue to watch the VMAs year in, year out even though the ceremony has drastically declined in stature since I first watched it 20 years ago. I remember telling my brother in 2015 how Taylor Swift and Nicki Minaj no longer have bad blood (ha!) after they settled their online feud and performed together at that year’s VMAs. All he had to say was, “people still watch the VMAs?!”

With time the VMAs have suffered a lack of interest, diversity, credibility, celebrity and purpose but I really do not care. I look forward to the ceremony every year for the unexpected moments and insane performances, and I actually give a fuck about who wins what award. In fact, it is a dream of mine to one day attend the VMAs, so go on Universe and do yo’ thing!

There has not been much drama at the VMAs in recent years (the 90s was wild yo! Rock stars fighting ‘nshit) but who can forget the infamous Kanye West-Taylor Swift fiasco from 10 years ago.

In the words of President Obama, Kanye is a jackass.

I could go on about why I love the VMAs so much but not today. Today I will focus on the performances as I really look forward to them and over the years the ceremony has tuned me into new music/artists that became some of my favourites.

So here are my top 10 favourite performances in chronological order.

I may have been 16 when I watched this in 2003 but Lawd I was nowhere near ready for that Madonna and Britney Spears kiss! Madonna kissed Christina too, but till this day their kiss is completely overshadowed by the Madonna-Britney one.

In 2014 Bey was the recipient of the Michael Jackson Video Vanguard Award and performed a 16-minute medley of hits from her self-titled fifth studio album. The album that should have won Album of the Year at the 2015 Grammys but inexplicably lost to Beck.

It still pains me aki because Bey absolutely changed the game when she released Beyoncé and WE ALL KNOW IT!! I still remember where I was (on my way to Amboseli with friends) when she put up an Instagram video announcing the album and simply captioned it “Surprise!” Yaani even my grandchildren (if I have any) will know of that grave injustice because I doubt I will ever come to terms with Beyoncé losing AotY to whatever Beck’s album was called.

This performance is the best Video Vanguard performance of all time. I do not care if the year is 2050 and the VMAs are still airing, no one will ever do it better.

The first time I heard Stay with Me was when Sam performed it at his VMA debut in 2014 and I was brought to tears by his soulful, heartfelt, no frills performance.

Also, please excuse the piss-poor quality of the video but it was all I could find.

Rihanna was the recipient of the Michael Jackson Video Vanguard Award in 2016 and performed not one, not two, not three, but four times! Rih opened and closed the show and each medley was, in her own words, a true representation of all the colours that she is made of as an artist!

Fun fact as per her IG:

… I was able to pull off a night like this one, with 4 medley performances, 4 set productions, 4 outfits, 4 hair and makeup looks, and all in 4 days of rehearsal!

Now that is some wealthiest-female-musician shit!

This Nairobi ghel obviously went apeshit for the dancehall medley; sweardown it is the hump day pick-me-up you had no idea you needed. But while the dancehall and ballad medleys are my faves, it is the ballad that I have watched/listened to countless times. My God the vocals on Love on the Brain are out of this world. If there was any lingering doubt that Rihanna can sing it was dead and buried after that medley.

After crushing the ballad, Drake came on stage to present Rih the award and during his speech he admitted to being in love with Rihanna since he was 22. He then tried to kiss her when handing over the award and she downright dodged the kiss. Yikes!

In a 2018 Vogue interview she opened up about Drake’s infamous speech:

Sucks to be Drake. Lol. Jk.

At the 2016 VMAs Bey performed a medley of hits from her Lemonade album and it was hands down the best performance of the night. As I watched it that year I rewound her performance a few times because … well, see for yourself.

It was so epic that I still cannot figure out if it would have been better to perform before or after her. If you performed before her chances are people would forget your performance after Bey demolished the stage. But if you performed after her … well, she won the night before you even had a chance to compete. Lol.

The first time I heard this banger was when Ari and Nicki performed it at the 2016 VMAs. I fell in love so hard mpaka Side To Side became my Song of 2016.

I had not heard of Ms. Reyez until she performed this gem at the 2018 VMAs.

I dare you to watch this and not feel it in your soul. I double dare you.

The 2018 VMAs was the first time I heard any song from Queen (don’t ask 😐 ) and I was sold by the time Nicki was through with her performance. I mean … can you see how hype the crowd was!?! They were absolutely losing their shit!!!!

Missy was the recipient of the Michael Jackson Video Vanguard Award at the 2019 VMAs and all I can say is it was about damn time. Being the iconic, trailblazer that she is, Missy absofuckinglutely crushed it.

Plus it was really dope of Missy to let a grownup Alyson Stoner have her moment to shine.