If you read the blog, whether avidly or sporadically, you know that Sex And The City is hands down my favourite category to write.

The category description for SATC reads:

An ode to my favourite TV show of all time. I have watched all six seasons twice (and counting). This is me trying to get the most out of my sex and dating life before Mr. Right and I find each other.

However Mr. Right and I have now found each other *swoons* so it is more accurate to say that SATC was hands down my favourite category to write.

I am relatively private and my boyfriend is extremely private so it would be weird for us, more so for him, to have our epic sex life out there in such a way. Writing about John Does was one thing, but I never really shared the full story about any of them as I only shared the bits that made for a good story and kept the rest of the details to myself. But now it would be weird for me and even weirder for my boyfriend if we were out somewhere and one of my readers came over to say hi and a few hours/days ago I had just uploaded the most X-rated post about our sex life.

So going forward this category will live on via guest posts because I will not be writing about my boyfriend and our epic sex life. Though I have a few SATC posts from 2019 that I was unable to put up because my content calendar was full so I will put them up at some point this year.

Let me start by saying that my boyfriend is soooo fucking hot!!!! that sex for me begins by just looking at him.

From his hair, his eyes, his smile, his beard, his nose ring and ear piercing, his biceps and triceps, his abs and lean waist, to his legs and his tight butt, everything about my boyfriend is pure perfection. Mans is a straight 10/10!

Speaking of his tight butt…

I have had sex before. Many times in fact. Lol. But I have NEVER had the kind of sex I am having now! Ever!! In my life! Nothing/no one I have experienced/been with before compares to my boyfriend. Not by a long shot. I am having the most bomb ass, elite sex mpaka there are days it does not make any sense to me just how bomb ass and elite it is. Sweardown my boyfriend is an absolute sex god: from his face and body, to his head and stroke game, to his stamina and endurance … mans got it all!!!!

I do not know how many of you watch Family Feud, but I usually joke that if I were on the show and Steve asked:

Steve: We asked 100 women, fill in the blank, my boyfriend gives the best what?

I would not hesitate for even half a second before hitting the buzzer and shouting:

I was having a conversation with a friend earlier in the year and she told me that she really hates one-speed dick. First of all, LMFAO!!!

Lastly, my boyfriend’s stroke game is soooo good that if we had a Red Lobster in Kenya we would always eat there post-sex because:

I do not know if it is because he works out six days a week but his endurance and stamina are unmatched. Mans can, and does, go for miles and I love nothing more than watching his well-toned muscles in motion as he moves on top of me.

I like to say that my boyfriend is a gentleman on the streets but a freak in the sheets. Lol. For real though. He is a few years younger than me and on our first date he was soooo shy he could barely look me in the eye the whole time. So while I knew the sex would be good, I did not think it would be this fire flames because of his age and his shyness. But boy was I wrong!! My boyfriend is the absolute sweetest thing until it is time to have sex … and then Bruce Banner becomes The Hulk.

Which takes me back to February 20, 2020. Aka the bad gal’s birthday, when I wore this LBD for the occasion. 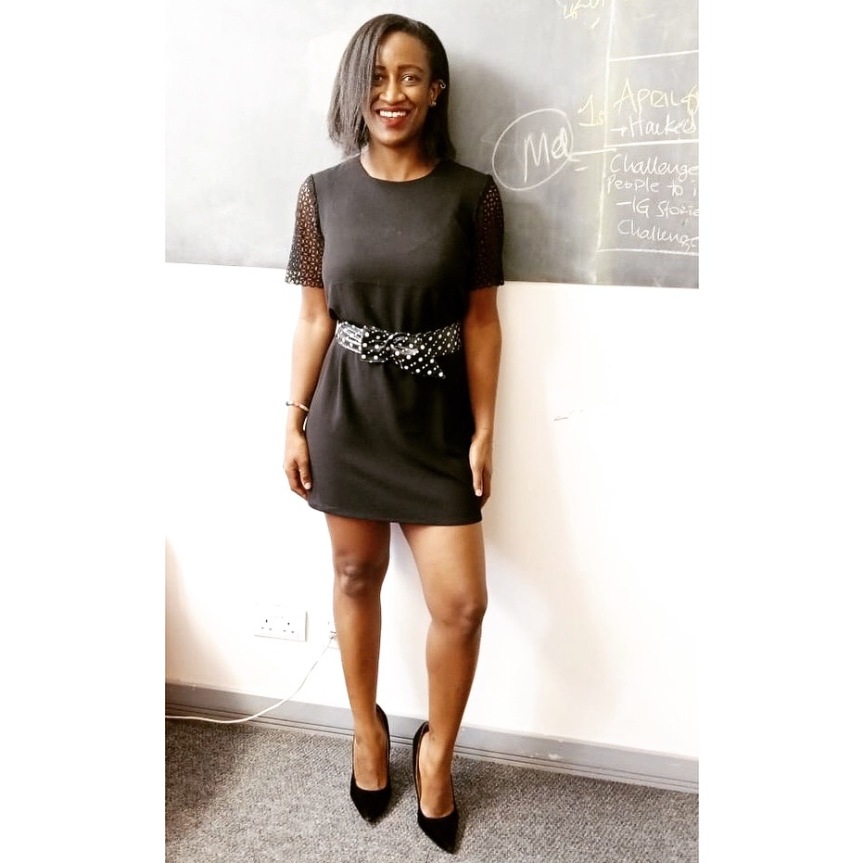 I was seeing my boyfriend later that day but when he saw my pictures he told me not to come home if I knew what was good for me. I thought he was joking. He was absolutely not joking. I had gone to Tuskys to do some house shopping and literally the second I walked in the house he put the bags aside and fucked me all over my couch mpaka I had to tapout.

He is a fantastic mix of spontaneous and thoughtful, open to anything yet always thinking of the next time we shall be together because mans is permanently outdoing himself. Mpaka we joke that if he were a city boy he would totally dickmatize me.

But if you read my post last week then you are aware that he is anything but a city boy. He is the most heartfelt person I know and being loved by him is an absolute privilege. After being dragged up, down, sideways in bed and being kunjwa kunjwad like a yogi my man is always down for pillow talk. In fact he usually initiates the pillow talk and that is when we talk about deep shit like my therapy sessions, my mum, our hopes & dreams, our fears etc etc. Today and always, he is my lover and my best friend and I could not be more thankful for him even I tried.